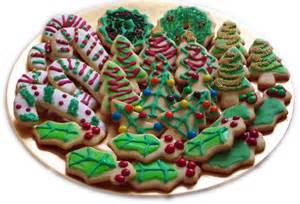 I was warned of the dangers in accepting baked goods from strangers, like most kids. Likely a pin or a toxic pill would be stuffed inside of an otherwise innocent looking brownie or cookie, waiting to kill the foolish ingestee. I missed out on a good number of bake sales and had to throw out many hand packaged goodies from trick-o-treating. Whenever a kid found a needle or piece of metal in a Snickers on Halloween and it made the news, usually after an unfortunate intervention at the ER, we had to watch the broadcast. I think it was our mom’s way to make us remember the constant and real danger of candy/cookie terrorism; perhaps the most unfair fighting tactic of all and least utilized by the military. Go figure.

To be fair, I was also warned about other normal childhood dangers, such as getting into vans with strangers and falling for the promise of a puppy, or of going to exotic places like Florida with girlfriends for fear of being sold into the human traffic trade. The warning also included going to the mall, public parks, and generally any other place that humans might be lurking. In the cautionary stories that ensued, taking the risk with any of these menaces always ended with untimely death or kidnapping and torture.

Needless to say, I did not travel far from home until I left for college, but I also was not kidnapped or sold into the sex trade. So that’s a big win for fear mongers everywhere by almost certainly proving that in avoiding all risk, strangers and strange places, no harm or misfortune can occur.  However, since that period of fearing all living things, I have traveled to many places and faced many threats. I’ve weighed risk with reward and stretched as a human with each experience. Yet, there has not been a single encounter that went more directly the warnings of my childhood than what happened this weekend.

The day was unusually warm for December, yet no one was out. My husband and I were strolling through the neighborhood admiring the decorations, if that’s what you call inflatable Santas, orange and blue lights and a pack of electronic grazing reindeer.

A strange figure approached us from the opposite direction with what appeared to be a triangle on her head. She made a bee-line for us carrying something in each hand. A meeting seemed unavoidable as she locked her eyes on us. We felt an unsolicited sales attempt was seconds away from being made and started to size up the would-be saleswoman.
She was a teenager that much was clear from her purple glittery sweatshirt and tennis shoes. Her curly red hair was indeed cut into a triangle, which made sense in a Miss Frazzle and the Magic School Bus kind of way. Her glasses were purple, of course, and it appeared that her lenses were in the process of transiting into sunglasses as they darkened and obscured her strange eyes.

As she prepared to speak, I took a breath and prepared to say, We don’t want any, but stopped short when I noticed that in each hand, she carried a plate of beautifully decorated Christmas cookies.

What? I stepped back in shock and wondered just how much a free cookie really cost? What kind of trick was this? Cookies filled with poison, perhaps? More likely pins, I decided, based on the research of my dark childhood. And who is this we? I couldn’t help but wonder what drug pusher or psychopath had roped this young girl into working for him. Yes, I am assuming it was a male.

Then I heard a voice in my head, reminding me, “Never, never, never take cookies from strangers.”

I could practically hear my husband thinking the same thing. Taking a cookie from a stranger on the street would be crazy, right? An unnecessary risk to ongoing life, right?

He cleared his throat to tell the girl what I am guessing was, thanks but no thanks, when I stopped him. This girl was strange but she didn’t seem to be a stranger, not the kind that I envisioned would go to the trouble of baking and decorating the most adorable cookies, only to have them laced with arsenic or whatever is used in cookie terrorism.

So I did what is clearly an impulse control issue that needs to be worked on, and said, “We’d love to split one.”

I grabbed a cookie snowman and bit its lovely head off in a good will gesture and expressed our appreciation. Then, I broke off the arm of the snowman and held it out to my husband/partner in unnecessary risk, “We’ll either make it or we won’t. At least we do it together.”

It was kind of like a Christmas cookie pact. We broke from the habit of making automatic decisions based on fear and the negative side of the what-if question. We made a decision in the moment based on a feeling that this girl was only offering good tidings and accepted the consequences of whatever was to come. Still, there was a brief time when we considered calling someone to let them know what we had done, just in case we collapsed on the street, convulsing and foaming from our mouths, as there were no witnesses and soon to be no evidence, either.

Guess what, the cookie was delicious. The icing was amazing. No seizure activity or foaming from the mouth resulted from the decision. Perhaps best of all, we lived to tell the tale with a new type of ending that sometimes it really is ok to take a cookie from a stranger.