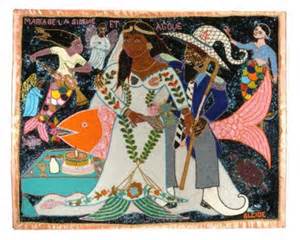 It was early in the still-black morning when I awoke with a shriek. The numbers on my wrist watch floated like a glowing orb above my face as I held my arm up and tried to determine the time. Time was a part of the living world and knowing my place in it meant I belonged. As I made out the numbers, the dream image began to slip from my mind and like smoke, it was gone.

Yet, I still felt it. Long after a fire burns out, the smoke lingers. Likewise, I had a chill and felt a sickness in my stomach, something was wrong. I grabbed for my sleeping husband out of instinct as my lifeline to the living; he would surely ground me. I found his hand and did not feel calm, instead, a slow panic started. It felt strangely cold and stiff.

Then I opened my eyes and screamed for the second time of the morning.

I held the skeleton hand of my husband. His smooth, cool wedding ring slipped off into my hand. The cat, startled from my cry, leapt from the foot of the bed and scrambled to hide behind the curtain. A ray of bright moonlight streamed into the room, illuminating the bones resting on the pillow next to me.

When I stopped screaming, I didn’t wonder long at what happened.

Earlier the day before, he balked at the cost of admission to the Field Museum which included a pass to a special exhibit. This special exhibit had come straight from Haiti and was an immersion into vodou (also known as voodoo, but not to be confused with Louisiana voodoo).

There was no way for him to have known that the cashier not only practiced vodou but had also mastered the darker side of it.

The cashier looked back and forth between us as we discussed the cost, listening big with her small ears. Large hoop earring swung with each turn of her head, tugging at her brown earlobes, lower and lower. I sensed an ally in her. Female intuition.

“Think of the cultural experience,” I reasoned.

“You will take more away from it than you know,” the cashier added with a nod.

She looked at the line behind us and gave an impatient grunt. She began to drum her long, natural nails on the keyboard of the cash register, clicking against each key. Our connection was wearing thin, quickly.

When we finally decided to check it out and bought the tickets, the cashier gave me a wide smile of forgiveness. We had clearly made the right choice and it didn’t take so long. On handing the tickets over the counter, her face fell into a scowl when my husband reached for them. Silently, she watched us walk away and muttered something when she thought we were out of earshot. Apparently, he was not included in the alliance.

“Next,” she yelled out behind us for the couple behind us to come forward.

I looked back to give farewell wave of appreciation and she was gone. The ticket line remained but the cashier was nowhere in sight. She must have gone on break, I thought. Good for her.

We walked off to explore the museum, forgetting about the cashier and her words, in our shared tourist joy.

It took a few hours, but the cashier delivered on her promise. She conjured up the help of a mischievous skin and organs snatching spirit and sent it over state lines to punish, perhaps, and to send a message.

Point proven, it was worth the admission fee, but I didn’t need to be convinced.

We are all believers, now.