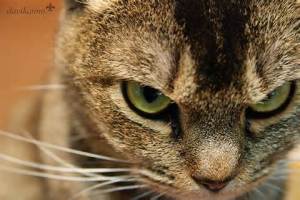 Most days I work from home.

Sure, I miss going to the office to see other people and a different set of walls that those of my home. However, I don’t miss getting up early, scraping ice from my car every morning, fighting traffic, or micromanagement. I get up a little later, power up my computer and am suddenly “at work”. I take breaks for laundry or to grab a coffee with a friend and leave as needed for meetings and home visits with clients.

It’s a mostly perfect arrangement, aside from three problems, the roommates.

They never leave. This is naturally very exhausting so they spend most of their time sleeping. When they are awake, they are fully energized for at least a half an hour of chaos and disruption. Even worse, they use discretion in choosing their times of mayhem, which is generally limited to when I’m on the phone with my supervisor, a client in crisis, or a conference call.

Just yesterday, I was on the phone with someone who was about to lose her home. She was crying and explaining how it all happened when the gang came barreling down the hallway. The two sisters were chasing Big White like cheetahs racing across the savanna after a doomed antelope. Big White ran for her life and leapt onto the table for my protection.

In her big clumsy hurry, she knocked my coffee mug over. The cheetah sisters followed Big White’s trajectory onto the table and over it after her as she continued to flee, now drenched in coffee. I muted the call and fortunately, the woman had a quite a story to share and was none the wiser. It was about this time that the sisters overtook Big White and a terrific fight ensued.

They were all put into the backroom from which they promptly escaped by the collective power of meowing and pounding on the door. Once they broke free, silence returned. I breathed a sigh of relief wrongly thinking I could return to work for a few hours until they were recharged again.

A few peaceful minutes passed before they had regrouped and returned with a new mission to obtain food.

First, they jumped on my keyboard to make sure I was paying attention. Then, they started to meow together like they had practiced this performance and Big White was the maestro. Lastly, the littlest one hopped onto a potted houseplant (not toxic to cats) and started to bite off the leaves and looked at me, as though to say, “We will find our own food if you don’t feed us immediately.”

What did I do?

I caved, of course.

I can’t refuse those little hairy roommates anything.