When the bright blue pickup truck cruised into the parking lot, the driver flashed his lights and honked at us. We were the only ones standing outside of the hotel. There was little question that this was our ride and we were the intended riders.

Yet, still the driver continued to honk as he slowly approached like he didn’t see us, the two lone figures in front of his vehicle.

Sure this wasn’t the usual Uber approach, but we were on vacation. Something magical happens to a person’s thinking when on vacation; intuition is easier to ignore, one lowers their guard, suspends disbelief, and takes risks like popping into a dive bar for a drink and talking to leather clad strangers. Or maybe that’s just us?

In any case, we couldn’t have known that the real risk of the trip was getting into this flashy pickup truck.

“Hey ya’ll. Where ya headed?” the driver asked in a slow drawl with a big chunk of chew bulging from his lip.

We’ll call the driver “Justin” as that was how just about every chew chawing, boot wearing native introduced himself that weekend.

It was all so fitting: the weird Uber pickup truck, the Southern accent, the fine Tennessee whiskey tasting that preceded the Uber request which helped to lower our normal standards. We had officially arrived in a mental and physical state of vacation/escape from reality.

So we asked Justin to take us downtown, climbed aboard the ship of uncertainty, and slowly rolled out of the parking lot. He took off towards the highway which seemed to be the right direction, good start so far. I checked out the backseat with satisfaction. No unidentifiable smells, murdery stains, or fast food wrappers, this was getting even better.

As an aside, we recently took an Uber ride in a hand-me-down Honda with an intense college kid driver who had all three of the above in his backseat. It was 10 miles of silence- no radio, no small talk- just silence and uncertainty that we would ever arrive to our destination. This was breath of fresh air, almost.

Then we swerved across the road as we approached the ramp to the highway. I stopped my backseat investigation to refocus on the driver. Justin was completely engrossed in setting his GPS while driving with his knees. FYI: Knees are not the best at controlling a pickup traveling at 50-60 miles an hour.

We made into onto the highway and the GPS was set. Justin was driving with his hands again– we were back on track for a successful trip. Then the voice of the GPS, an English accented female, started to give directions. For some strange reason, she wanted us to turn around.

She asked again at the next exit, “Turn right.”

Justin shook his head in disagreement and mumbled to himself, “No, that’s not right” and muted her to take us off the highway and down the side street of a small town.

This was more than a little concerning to the Mister- who then turned on the GPS on his phone. Interesting, I thought as I looked over his shoulder. We had gone in the exact opposite direction of where we asked. Justin’s GPS was right after all, who knew?

Once the Mister started to direct Justin, we made it to the big city where Justin did not become a better driver. In fact, his driving became even more distracted as he idled at a green light to show us how he keeps a hand gun on him at all times.

He explained, “There’s a lot of crazy people out there (pause for spit break) and a man’s got to protect himself. That’s why I keep the safety off on days like this.”

Oh, the safety is off on more than just that gun, I thought nervously as he pushed his handgun back between his leg and the seat. He looked up and realizing that he was sitting at a green light, he punched the gas. We lurched forward and then he decided to change lanes, nearly running over a Smart car that had the misfortune of driving next to us.

“We can walk from here,” the Mister said at the next light and opened the door/saved our lives.

It was wild ride that ended just soon enough, costing relatively little for the adventure it provided.

Thanks for the good times, Uber. Don’t worry, we’ll be back.

Wondering what is Uber? (normally a great service) 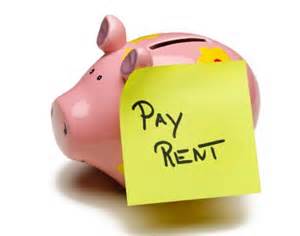 1.Rent
It is money that you never see again and good riddance to bad rubbish- who needs all those bills weighing down your pockets or cluttering up your savings account/fireproof lock box hidden under your bed.

2.Snow Removal/Lawn Care
There is always a boozy smelling guy salting, scraping, and shoveling in the winter or mowing and blowing in the summer making the complex a safer, nicer place to live in between trips to the work shed for his “medicine”.

3.Third hand contact buzzes
Pot smokers turn on their bathroom fan to clear out the smell of cheap weed which gets recirculated throughout the rest of the building thanks to the most up to date ventilation system of the 1950’s.

“What’s that smell you ask, Granny? Someone must be cooking something with a lot of herbs in it.”

“What’s that, Granny? Now you would really like something chocolaty or maybe a bag of chips?”

4.Broken Water Pipes
Since doing the right thing isn’t always the cheapest thing, broken water pipes get repaired with saran wrap and duct tape. Renter’s insurance should replace anything that gets ruined by ice cold brown water that has been in waiting to rain down since last winter, when the exact same thing happened to the last tenants.

5.Meeting people like the tomato-growing-cat-protector
She started by setting out a dish of food for a stray cat and ended up feeding and sheltering an entire colony of feral cats- all this between the buckets of tomatoes that she grew underneath of the stilted stairs and deck area of the apartments that faced the pond. Surprisingly enough, someone complained to management about the colony and the buckets of tomatoes. The tomato-growing-cat-protector was asked to stop feeding the colony and the cat boxes were mysteriously removed – to which she responded by replacing the boxes, leaving out bigger dishes of food, and bringing the ones she could catch to live in her apartment.

She was asked to leave the apartment complex by eviction notice- apparently harboring a colony of feral cats breaks the no-pet rule but the tomatoes were ok.