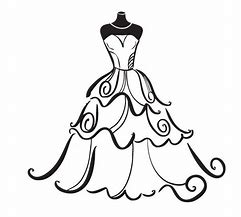 The bride leaned against her father for support, crushing her white gown on his dark blue suit.  Her hair was pulled up in a messy bun and her womanly curves spilled out over the top of the floor-length, sequined gown.

“S’hard to breathe in this girdle,” Julie gasped and held onto the man’s arm.

Harold was her father’s name.  He was older than all of his daughter’s friends’ fathers, not that he was ever bothered by the fact.  His hair was white and sprouted from his ears and nostrils in an apparent migration from the top of his head.  He made no attempt to hide his age or his pride in his daughter.

The two tipped their heads towards each other, and Harold wrapped his arm around his daughter’s broad shoulders.  It didn’t matter that she worked, owned her own home, or knew her mind as a woman; she would always be his little girl and she was in distress.

Julie tried to calm her breathing, but found that the harder she worked, the more she struggled to fill her lungs.  She sucked in big gulps of air, heaving her chest in and out, and started to see a blackness creep in from the outer edges of both of her eyes.

She nodded at him, leaned in and slowed down.  Her vision returned to normal and she smoothed her dress out with both hands, letting go of her father’s arm.

“Listen,” he said again.  “I have a medical marijuana prescription and I can get you a joint, if you need to calm down.”

He laughed with a shrug of his shoulders and a mischievous grin that exposed a mouthful of yellowing teeth that were held in place by complicated metal brackets on his eye teeth.

Three bridesmaids stood in line in front of the two, patiently waiting for the signal from the wedding planner in her tiny top hat to start the procession.  They each wore the same purple gown wrapped and knotted in different ways, and were equally self-conscious of their imperfections as they prepared to walk in front of the crowd.  The first woman nervously clutched her bouquet of delicate spring flowers while the next women in line winked at each other.  They had been listening to Julie and Harold.

“And, if I happen to die in the next few hours just go ahead and get me set up next door at the mortuary.  I noticed that this is a one stop shop for all of your important events.  Plus, I’m already dressed and ready to go.”

“Dad,really?  We’re going to do this right now?”

He kissed his daughter on the temple, satisfied that she was ready to step forward on her own, with or without him. 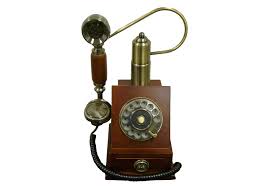 Michelle’s smooth white skin was interrupted by dark bruises as though a painter had dabbed her arms with a brush full of blue paint, using her thin bones as a guide.  She texted on her phone, punching in letters and emoticons with grubby fingers, ignoring the woman sitting across the kitchen table from her.

Before everything changed, Michelle’s phone was merely a distraction, a way to avoid eye contact, and pass the time.  The woman across from her remembered how Michelle used to talk on her first cell phone, a big bulky device with actual buttons and an antenna; she snapped the phone shut at the end of a call and tucked it away for hours without once reaching for it.  It was a sweet time when they communicated with real interactions and conversations, before Michelle was sick.

At the thought of it, the woman bitterly laughed to herself.  It seemed like a million years ago when health was wealth and they were rich.  Now, it was all symbols to represent words and emotions, entire sentences condensed into a frowny face next to a fire and a thermometer.  Sick again.

The power of technology was a powerful addiction, one that had taken hold of her daughter along with the rest of the population, from toddlers to the elderly, it was yet to be formally declared as dangerous because the side effects were still accumulating and not entirely clear.

However, the woman sitting across from Michelle was keenly aware of the addiction.  She shared the same wide blue eyes, pale complexion, and health insurance plan as her daughter and not much else now that the disease had taken root.  Planting her elbows on the table, she clasped her hands, interlocking long white fingers with well-shaped nails.

“Next month, we are going to lose our insurance because I can’t afford COBRA,” the woman said in a very matter-of-fact way.

Her daughter looked up and connected with her mother’s eyes, “I know.  You have said the same thing every other day since you found out about the layoffs.”

“And you were listening?  All I ever see you do is twiddle and tweet on that stupid phone so excuse me for being surprised.”

“And I got a job, you’ll be happy to know. With insurance for both of us.  It’s online.” 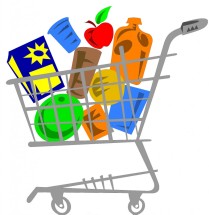 The check-out lane extended into the cereal aisle, illuminated overhead by a harsh florescent light.  A couple pushed a cart filled with fresh fruits, vegetables, meat and paper towels forward and took their place at the end of the line.  They inched forward at a pace only tolerable by those with an unlimited amount of life.  Unfortunately, it did not appear that any of the patrons in line had recently tasted of the sweet waters from the fountain of youth.

The couple spoke in low voices, discussing meal planning and their weekly budget.  At the register, a man with a silver pinky ring and basketball shoes dropped an armload of goods onto the conveyer belt.  A can of peas rolled backwards as the cashier picked up a bundle of green bananas and swiped them across the scanner.  She wore a massive Afro picked out in every direction; her hair was loud and proud.

A woman in baggy jeans and a cat sweatshirt was next in line.  She dropped a bag of cat food onto the belt and unzipped a purple fanny pack from around her waist and started to dig around, while muttering something about coupons.

Behind the couple, a thick woman with mascara heavy eyelashes rolled up with a cart full of breakfast foods: bacon, eggs, muffins, croissants, Poptarts, cereal and milk.  A chubby girl with her hair pulled into sections by colorful barrettes sat in the front of the cart, while an even chubbier boy stood at the end of it.  She was a distracted driver; the woman focused on a cell phone letting her cart find the way.  Meanwhile, the kids chattered back and forth in their own language, like birds on a wire.

The boy looked around and rested his hands on his protruding stomach like a wise old man.  He was tall and nearly as wide as the cart.  Rolls held his head up, and gathered at his wrists and elbows.  The extra weight prematurely aged him as much as his surrounding environment, punishing and unfair to someone so young.

An elderly woman in large, round glasses and neatly bobbed grey hair, who looked like an elementary school teacher in a not-so-distant, pre-retirement life joined the line with her cart and stood behind the family.  She saw the boy looking so worldly, so bold and bright in that moment, she couldn’t stop herself from striking up a conversation.

“Oh, hello there, you’re a big boy.  I bet you’re in…” the woman paused thoughtfully considering his age, “third grade,” she said triumphantly.

“K, you stop it.  You know you a kindergartener,” his mother said.

Without looking up from her phone, she took a few steps forward with her cart, not seeing her son’s crestfallen face and or his apologetic shrug towards the elderly woman.  The boy knew shame in that moment and pushed it down, deep into himself where it would stay with so many other hurts long after he became a man.

The older woman looked at the boy through her thick lenses with love and appreciation.  She sought out his sad eyes and winked, bringing a quick smile to his face.

This is how people eat.