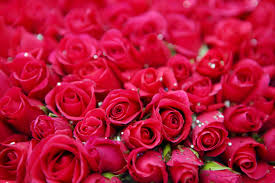 Early Friday morning, the office is satisfyingly empty, aside from the constant hum of the air conditioner and occasional ring of my coworker’s phone. There is no chatter or gossip, no questions about the weekend or last night or comments about the weather.  For the first time in months, it seems, I am alone with my thoughts and my computer and thereby the internet, which is far from quiet.

I have started reading the news in the past few months with a morbid curiosity that borders on obsession regarding the offensive movements of the President and his cronies as they work to dismantle the foundation of the country and the protections of its people. Every time I pull up CNN or the Washington Post, there is a new story of bullying and cruelty from the top down.  The new standard of conduct is one rooted in selfishness, fear and ignorance that sets a disturbing example for those watching.

In spite of the destructive actions between big business and workers, rich and the poor, black, brown and white, there is still beauty in the small things and kindness in the everyday interactions that get missed when one is focused only on the big picture. For example, when a massive cockroach broke into the office last week and backed me into a corner,my co-worker snapped into action and smashed the monster with her shoe thus becoming my new hero.  Her courage saved the day and potentially my life.  It was a small thing for her that meant the world to me.

I am intentionally trying to recognize kindness and pay it forward, as well as to ground myself with the sounds of the morning, the smell of freshly cut grass and the intense blue of a cloudless sky. Recently, I took a break from the swamp to follow the amazing international effort to rescue the Thai soccer team and now a further break to watch the World cup.  Go Croatia!

While I am trying to permanently break away from the news and its negativity, it is tempting to slip back into the stories of “fake news” and Russian indictments, and the never ending tiffs between the Donald and the rest of our world leaders, the good ones, the ones who celebrate diversity and human rights, who live by a personal and professional moral code that is stronger than the lure of money and connections. Again, I digress with so many distractions.

By the time I come back to finish this piece, my mind and body are worn out like a cheap t-shirt. I feel threadbare; it is finally the end of the day.  The normal workplace drama has transpired and somehow almost everything got done except for one thing.

I have yet to stop and smell the roses.

So I make a new to-do list, reprioritize and try again tomorrow.