The fire blazed a bright orange against the dark, cool night.  An old man with a beard heaved a log onto the flames, sending a whoosh of a thousand sparks into the air like a fireworks show in the middle of summer.

“Thanks, Firekeeper,” someone yelled from the crowd that circled the bonfire.

A zombie nurse and an overgrown Brownie jumped out of the way with squeals as hot ashes landed on their bare legs and arms.  What did you expect standing that close to an open fire?  I mentally growled at them from my perch atop a tractor tire.

I sat between the rubber treads; a huge, round woman dressed as a pumpkin, with green felt leaves and stem bobby pinned into my hair, waiting unhappily on a ride.  Three treads over, a jail bird husband nervously refreshed his phone, in hopes that a driver had picked up the request.

Unfortunately, we were in the middle of a four cornfields and miles away from the city.  We had not anticipated the Uber and Lyft shortage of rural Indiana or of the nerve wracking nature in being at a costume party, elbow to elbow with drunk people and seven months pregnant.

I felt like a character in a video game, the crazy clowns, police, walking dead, Gumbies and Trump-alikes were out to get me with their elbows, props and disoriented bodies.  I had to dodge big men and little women alike to escape from the warmth of the barn and into the open air with my jail bird following closely behind me, just as concerned about the perils of the party.

When we finally got a ride, it was with a MAGA Trumpster who couldn’t hold in his thoughts about his beloved leader, sexual assault and his interpretation of consent, and lastly, the current state of his marriage. I wasn’t sure if we would ever make it back to the safety of our home.

Last year, it would have been just another crazy weekend of going out without consequences or responsibilities aside from the hangover that awaited us the following morning.  Now, the world feels different, somehow spinning more quickly and with more gravity than before, one in which we have an unborn babe to protect and raise until he can go out and make equally poor choices as us, like going to a party without a real plan to get home. 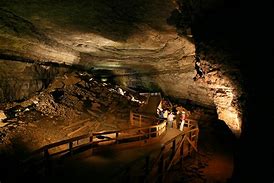 Hundreds of crickets watched us from the darkened ceiling as we moved through the cave led by a guide with only a flashlight and a thousand facts about the cave.  The guide was an older woman with wrinkles at the corners of her eyes and sandy blonde hair tucked behind her ears.  She had 30 years of experience leading groups through protected areas of national parks and caves.  The pay wasn’t great and the days were long, but she somehow still found pleasure in the work.

She stopped at an open area in the cave and waited for the slowest members of the group to catch up.  It was a limited mobility tour and between the older adults and toddlers with their caretakers, everyone was slow.  In spite of the weight of the baby bump, I am proud that we were able to hold our own and were not the very last stragglers of the gang.

“Kids, come up here.  I want to show you all something.”

She had a secret smirk on her face as she watched parents trustingly bring their children towards her.

“There’s room right around here.  Come on, squeeze together everyone,” the guide said.

Herding the tiny humans forward, the kids moved into a tight semi-circle around the guide and in front of the adults.  Everyone stood with wide eyes, limited by the unfamiliarity of the cave and the darkness.  The air was dry and cool, giving away nothing with a breeze that didn’t exist.

“I bet you think we’re alone in here, right?” she asked.

The kids shouted different answers, not as easily prompted as she expected.

She looked down in surprise, twin brothers stood on either side of the guide.  They had each grabbed one of her hands and stared absently off into the dark space beyond the beam of her flashlight.

The guide quickly regrouped and shook free of one of the boys.

“Sorry, I need this hand,” she whispered to him.

“Follow the light,” she said in her full voice to the audience.

We were never alone in the cave.  In fact, above or below ground, we are never alone.  Sometimes, we just don’t know where to look to find a single pair of eyes when there are actually hundreds waiting and watching to see what we will do next.