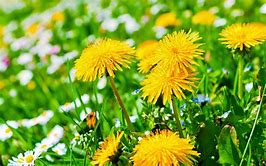 We left the safety of the house for our morning exploration of the yard which usually involves tromping through the grass to check in on the garden, the status of a bird nest above Little Leg’s window and to blow on white haired dandelions to release their fluff in the breeze.  I assume our neighbors will thank us for their yards of yellow later this summer.  Of course, I didn’t expect to end the expedition with plans for a funeral, but that’s life.  And death.

Little Legs led me by the hand to inspect his stack of bricks and found the pile to be as he left it, precariously leaning to one side.  I pointed out a black dragonfly with square wings like the sails of a pirate ship that landed on a flat rock.  There were no disturbances in the garden, thanks to a regular dusting of diatomaceous earth, and the three fuzzy heads of the baby birds were all accounted for in the nest.  It was a morning in which all was remarkably well, begging for a small disaster to balance out our tiny universe in which the sun, moon and stars was contained in a pint-sized boy.

As we turned the corner and headed back towards the porch, I spotted something on the concrete pad next to an abandoned Mr. Potato Head and underneath of the window.  It was a palm-sized bird laying motionless on its side with its eyes cracked open in a sign of potential life.

Little Legs shouted, “Bur…” in delight and ran to scoop it up.

“No, baby! Something is wrong with that bird.  Let mama check it out.”

I stepped in front of Little Legs to stop his obvious course of action and knelt down for a better look at the pile of soft brown feathers.  Ignoring the threat of bird-carrying diseases and parasites, I gently picked the bird up and its head rolled to the side without resistance; although its chest was still warm, the life was gone from its shiny, black eyes.  There was no fluttering heartbeat, quivering wings or chirping, just two tiny feathers stuck to the window where it must have made impact while we were sending dandelions seeds to destinations unknown.

Do I explain death, here and now, to Little Legs?  I promised myself before he was born that I would always try to be an honest parent and tell the truth, whatever version might be most age appropriate.

“The bird died, buddy.  I think its neck is broken,” I explained to a face that did not comprehend.

Little Legs threw his hands up in question and I instantly altered the narrative to one more comfortable and understandable, one that I assume my parents gave to me until I could grasp the concept of death.

“The bird is sleeping and its not going to wake up.”

Little Legs nodded his head, sleep was something he was very familiar with as he fought it every day and night.  He went to a box of gardening tools near the door and came back with a trowel.

“That’s good, we’ll dig a hole and bury the bird.”

He drove the shiny metal down onto the cement with a clashing sound to further explain his plan.  I hoped that he meant to dig into the soil.  I hoped for another opportunity as seemingly benign as this one to explain life and death.  Mostly, I hoped I wasn’t screwing up as a parent and that he would forgive me, if I was, someday.

5 thoughts on “Yards of Yellow”