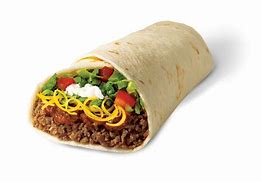 We swaddle our chubby baby every night in spite of his protests.  He looks like an adorable human burrito, with a dark furry head where rice and beans might otherwise be spilling out.  It’s a sight that melts our hearts and brains into a lovey-dovey mush, as I imagine all parents must feel about the cocooned shape of their infant.  Unfortunately, King Burrito doesn’t understand that swaddling is a part of the current protocol for safe infant sleeping; and instead believes he has been unjustly imprisoned and naturally fights until he drops into an exhausted, but safe, sleep.

Can you hear me yawning as I type from extreme sleep deprivation?

“Sleep when the baby sleeps,” everyone says while holding the sleeping baby which would be helpful if I could sleep on demand during the middle of the day.  Or worse yet, they say, “Let me hold the baby so you can go and throw in a load of laundry or do the dishes.”  If I wasn’t so tired, smoke would roll out of my ears.  Alas, I have even lost the energy to be angry and maybe have a puff or two of smoke worth of irritation.

In any case, who has time for sleep or anger for that matter?  I only have another four weeks before returning to work from maternity leave.  With as fast as King Burrito is developing, I fear that I will miss a major milestone and he will start talking or walking if I’m off the clock napping.  So, in the spirit of maximizing our time together, I have started to take time saving short cuts.  I do all of my banking online, the groceries get delivered to our front door, and Amazon fills in all of other gaps.

Last week, an older woman with the usual Hoosier mom garb of high wasted jeans, a turtle neck and a fuzzy vest with an IU logo delivered diapers, cat litter and the random collection of provisions for the week.

“Someone has a baby…” she led with as I opened the door.

It was far from a lucky guess, the drool on my shirt and the screaming in the background were good clues for what she was able to deduce about the situation.  “Do you mind if I take a peek?” she asked as she stepped a foot inside and then brought the rest of her body along with the groceries.

It was hard to say no, especially when she was bringing Ben and Jerry’s ice cream and was already in the house.  She sighed as she gazed at the crying and red-faced infant.

“I remember these days, when it was just my babies and me.  Now they’re all grown up and things are different.  Instead of rocking them, we go to Pacer’s games and drink beer together.  Enjoy this time,” she said with a knowing laugh and left for her car in the drive way.

I felt a profound sadness with her departure and the inevitability of her words.  Soon our chubby baby will be too big to swaddle.  He will sleep through the night and have friends other than his mommy and daddy and drink more than milk.  He will wear pants with zippers and shoes with laces.  And he will break his mommy’s heart as he grows up into a boy and then a man but for today, he will just be my sweet baby. 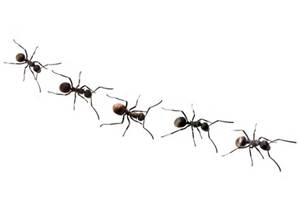 Much like an ant, I followed the trail of crumbs across the countertop, over the shiny and strange cooking utensils that my coworker brought in to work on his culinary skills at lunchtime, and onto the black stove top.  The stove top was splattered and splashed with an unidentified material that had dried there in cruddy pools, like sea creatures left in the sand after the tide has gone out.

My work was not done as the trail continued beyond the stove, perhaps to an unattended piece of pizza or another plate of spaghetti alla carbonara, my own pot of gold at the end of the crumb rainbow.

I carefully tracked the remaining crumbs and splashes across the kitchen and directly into my co-worker’s empty desk.

He ran out earlier and said, “I’ve got to go and do something somewhere, I’ll be right back.”

His main objective is to remain vague and he’s very good at it, along with disappearing for long periods of time and making easy tasks incredibly complicated and ultimately left undone.

An hour after his departure, there was still no warm body at this desk, just an abandoned bowl with a noodle stuck to the rim, a forgotten or missed relic, and an overflowing trash can with sandwich wrappers, balled up aluminum foil, and Styrofoam coffee cups.

The fruit flies kept me company for a few minutes after I disposed of his rather unsavory trash and went back to my office space, happy for the solitude in which to catch up on case notes and phone calls.

Slowly the door swung open, it was the long awaited return of the missing mess-maker.

Praise the Lord and Hallelujah; now we can both get back to either working hard or hardly working. The details don’t matter much when your grant is about to end or you have lucrative side business hustling used couches.

So here is my sage advice for the day:

In whatever you do, do it like a boss and if your boss asks what you are doing just say, “I’m going somewhere to do something.”

The presenter wobbled across the room on tiny, child sized feet. Her ankles tipped towards the ground. With each step, she fell clumsily forward. A man wheeled in a chair into the middle of the circle. The woman gave a grateful nod and dropped onto the seat. Her legs dangled above the ground with her tiny feet swinging back and forth. Yet, she still continued with her presentation.

Her courage, confidence, and humility were inspirational. Public speaking makes my palms sweat just to think about it. My heart raced as I recalled my last experience with it, I forgot to breathe and passed out. It was the second time, after which, I stopped being asked to do the dreaded presentations. The presenter showed no signs of nervousness or fear, her wobbling was not about to slow her down or change her direction. She was in complete control of the situation.

The woman was as fierce and determined as the original Wobbles, a pet from childhood. I desperately wanted to share the similarity with her. Her struggles were familiar and different at the same time. Unique in being a human and similar in the struggle of a physical disability. I stopped myself from moving forward with my insight in class, opting for sharing in the virtual world.

Wobbles, an orange kitten, born just as slimy and weak as its siblings, never developed a sense of balance. He wibbled and wobbled back and forth through the grass and the garden, growing at the same rate at the other non-wobbling kittens. By the time Wobbles was fully grown, he was a beautiful, yellow Tom and his brothers and sisters had either been given away or met with an untimely demise.

The old neighbor man was over dropping off a bag of peppers from his garden and happened to watch the cat wobble up to the porch and start grooming himself. Wobbles fell over but continued his work on his side. A dirty job has to be done one way or another.

The old man shook his head, “I’ll put him out of his misery, if you like.”

What misery? I wondered in silence, it was still a time when children were to be seen and not heard.

My mother politely declined with a thanks-but-no-thanks and the old man left down the road with a backwards glance over his shoulder at the cat. Destiny would have her way with both the cat and the man, but not for years to come.

Wobbles grew into the best small rodent catcher in the area. Presents of his hunts were always left on the front porch rug: mice, rats, rabbits and an occasional mole. Sometimes he would be there proudly purring and grooming himself, but usually he was back on the prowl, wobbling down game.  He was in no misery and it was not for a stranger to decide.

Misery or happiness, fear or courage? They are all choices that start within ourselves. Do what makes you happy and walk away from those who would take your joy. Life is too short to suffer the fools.