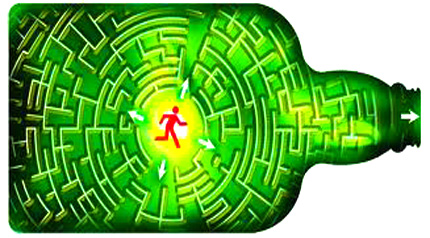 The man walked into the office, dragging his feet and with his head hung low. His clothes were the same ones that he wore the day before but now wrinkled and stinking of smoke.  A woman sat at a desk with pictures of cats around the computer screen.  There were so many different felines, it was hard to imagine that they all belonged to her but not impossible.  Remember the show, Hoarders.

Nodding her head in acknowledgement, the woman sighed.   She looked up at the clock on the wall, as a not to subtle sign of her annoyance.

“I know I’m late,” he said and sat across from the woman.

Like a tidal wave crashing down on the shore, the smell of alcohol hit the woman’s nostrils as the man spoke.  He belched and filled the room with more of his unprocessed booze and bodily fluid smells.

“Huh, huh,” he laughed as the woman inwardly gagged.

The man continued without blinking.

“I went to a hotel party last night and time got away from me. I woke up, looked at my watch….”

He pulled his sleeve back to show his bare wrist where a watch might have been if he wore a watch, demonstrating how it might have happened and went on, “Oh shit, I’ve got to go.  And I came straight here.”

There was no mistaking the pride in his face. Was it because of the good decision that he made on how to spend his day or that he had just awoken in a strange hotel room after a hotel party with a roomful of strangers?

Unable to stand the woman’s silence, he shifted uncomfortably in his chair and stared at a stain on the wall, at his shoes, at the cats; everywhere other than the woman’s face.

Would he use that line on an employer if he was an hour and a half late, still reeking of his night of debauchery? Did that work with his parents and the mother of his son?

The woman laughed to hide her sadness, to give her a moment to collect her thoughts, but her eyes still spoke. Disappointment is a powerful emotion that is hard to hide, destructive and unnecessary when it comes about because of unrealistic expectations.

She thought what do you want me to say? That everything is going to be ok? That your addiction isn’t going to destroy what is left of your life?  That you still have to hit rock bottom before committing to change?  There is no rock bottom.  There is just a bottomless pit into which you are falling deeper and deeper unless maybe this will be the day you reach out for a rope to begin the long, hard challenge of climbing back towards the light.