What do shivering birds in winter, a wet, bedraggled cat after a bath and my new coworker huddled over his desk all have in common?  The apparent desire to be far, far away from their current situation.

Joe has successfully stayed off of the radar since he started and with 87 days left to go, he still has a very long orientation period.  Our supervisor suggested bringing him into our office with a tiny, temporary desk to hang out, hear our discussions and naturally integrate into the flow of things.  A good idea that was quickly shot down with any hope that Joe would learn to love the work or the team.

We were a schizophrenic group.  We wanted a man on our team, but we didn’t want a man in our office. We wanted an experienced co-worker, but didn’t want to train him, but wanted him around to give him exposure and opportunities to learn.  It was a unanimous decision that our boss struggled to understand.

I tried to explain it in the lamest way possible, “He’ll be bored in here.”

Then, driven by guilt, I went off to be more inclusive.

I peeked into Joe’s office and startled him, he was busy texting and avoiding conversation.  There was a blank screen of blue on his computer monitor and a mostly blank pad of paper on his desk with a few scribbles and a doodle along the edge of the paper.  He pushed his heavy, black rimmed glasses up on his nose and discreetly slid his phone under his leg without saying anything.

“Hey there, how are things going?” I asked.

He blinked at me with the eyes of a sensitive little bat, just brought out into the light.  He did not appreciate this intrusion into whatever it was that he was working on, likely an epic game of Tetris.  It was a strange situation, like a cat after a bath, this was an uncomfortable and disagreeable interaction for him, and like a bird in winter, his feathers still weren’t thick enough to protect him from the cold of group dynamics.

Old G is far from playful these days.  He is, in fact, downright grumpy.

Just today, I walked into the office and was greeted with a bah-humbug-its-Monday type of hello. It’s nothing new or surprising.  This endearing mix of a grunt and a one handed wave of recognition is what welcomes me into work most lately.  It is also what triggered an increase in my time dedicated to casually observing/spying on my co-worker. 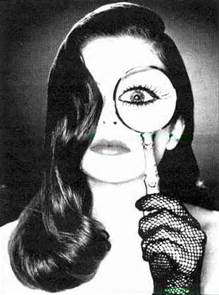 My study of the indigenous male, known as Old G, revealed the following:

He starts the day by staring at his email on the computer screen for a few hours.  This gets him through to lunch. The screen rarely changes.  A spam email occasionally pops up.  When this happens, Old G slowly raises his head from his chest and brings his hand to the mouse to open the important message with savings from Kohl’s or a change in the member benefits from a gym to which he does not belong. He clicks on the delete button and returns to his previous position.

Sometimes I send him a test email to see if he is awake.  When he doesn’t look up, I question whether the test is still effective.  Then I call him on the phone from a blocked number. *67 or is it *69?  I get the numbers mixed up which skews the test results.

Old G sees its me calling and asks, “Puney, what do you want?”

I have to play it cool and say, “My bad,” and wait until he falls back into his relaxed state so I can resume the study.

He gets other calls through the day from his wife, cousin, mother, mother-in-law, ect.  The list is quite extensive of these personal callers to whom he always speaks in the same secretive and hushed tones, perhaps afraid of someone eavesdropping on his boring conversations.  He forgets that I have excellent hearing, especially when it comes to listening to his personal phone calls.  If I had more time, I would inventory these callers and the nature of the calls but I have the work of two people to keep up with while he naps and whispers the day away.

Fortunately, I have broad shoulders on which to bear this burden.  All I want out of the deal in which I do all of the work and Old G chills out at his desk is a little smile and friendly wave.  My study concludes with the certain knowledge that Old G is capable of at least this much. 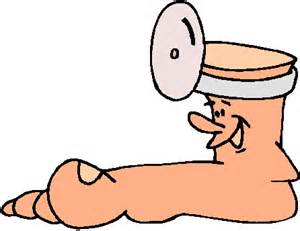 “Nope, I can’t make it,” the maintenance man flatly refused without offering a reason.

I handed the phone over to Earl with a shrug, “He won’t come out and he wants you to do it,” I whispered with a twinge of guilt in the pit of my stomach.

Earl is a tiny, old black man, made about ten years older due to his health.  He wore the same self-assigned uniform of a black pants and a collared shirt every day, pressed and ironed, with pleats sharp enough to slice a blade of grass in half.  He walked slowly with heavy, thudding steps that announced his presence before his actual arrival.  Orthopedic shoes make it very difficult to sneak up on someone.

Fortunately, Earl was not a one to sneak, steal, lie or cheat.  He kept a demanding moral code and held tightly to the training he received in the military, meaning that he never shirked responsibility or refused an order from a superior.

The maintenance man, on the other hand, received no formal training other than from the School of Hard Knocks and had no moral code.  He had no scruples about assuming a superior position to which he had earned no right and making Earl do his work.

“No problem, I can do that,” Earl said after thoughtfully listening to the maintenance man on the phone when he should have been saying, “No, that’s a problem,” and “I won’t do that.”

Without complaint or hesitation, Earl hobbled away with a strange new limp.

Something was wrong, but what, I wondered.

“Wait, let me do it,” I shouted after him and raced across the room to cut him off at the door.

Earl pled with his eyes.  Please, don’t take this from me.

And I let him go.

Over an hour passed before he returned, perspiring and covered with cobwebs and grease. He dropped into a chair and pulled a plain, white handkerchief from his pocket and wiped the sweat from his forehead. If he was in pain, it was a mystery to me.

It was a little later that I discovered the origin of the new limp and the teeny, tiny feeling of guilt exploded into that of a massive fireball and my admiration for Earl grew at the same rate.

I learned the following things about Earl.