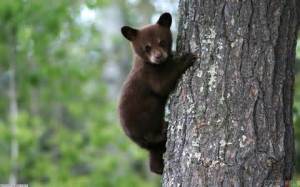 The doctor looked at the woman and back to his laptop, unsure of his patient.  I’m pretty sure this isn’t just an American thing, he thought and adjusted his glasses. She wore a large fur hat that covered her neck and the sides of her face. Little round ears stuck out from either side of the hat. Dark eyes peered out from within the fur and as she watched the man.

She looked remarkably like a smallish brown bear, sitting with her legs crossed at the ankles. When she pulled her hands from the pocket in the front of her sweatshirt, he silently noticed the brown, furry mittens.

The smallish bear patient giggled when the nurse walked in and stated in a flat voice, “Well that’s cute.”

“Thank you,” she said, flattered. Large, square teeth were exposed as the woman smiled in a contrast of white against brown.

The nurse continued, “Here something else that’s cute,” she paused for dramatic effect and continued in the same monotone voice.

“Your blood sugar levels. I just checked your meter, and they’ve been out of control. Are you taking your insulin?”

The woman pulled the hat off with one hand and held it in her lap; it looked like the decapitated head of wild animal, lifeless and out of place anywhere but her head.

She had no answer as this was not her world. 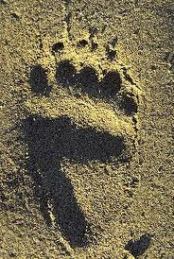 She made me pick up her heavy paw to sign her name.

Her aide said, “Diabetes,” and nodded in agreement from her perch in front of the television.

The weight of her hand was like a bag of sand, solid and surprising in its movement.

Her skin was cracked and rough, an ashy black in my smooth brown hand.

“I’m only signing this because you pushin’ the issue,” she declared as she scribbled illegible letters.

Finished, she dropped the pen and looked straight at me with one yellow-grey eye, while the other eye remained tightly shut under a heavy fold of dark skin.

Her sightless gaze pierced me and in the puncture mark she left me with a certainty.

I knew that she saw everything.