Tired of going down the slide, the boys decided to climb up the side.

It was the natural order of events that gave me little concern. They were taking a risk by ascending where most would descend but the sweet reward of reaching the top without having to run all the way around the playset was too much to resist.

“I have sticky hands,” Little Legs said as he embodied a boy-sized gecko using his hands and feet to move upwards.

He had the advantage of perpetually sticky hands, from a love of candy and reluctance of washing, to help with the climb. All signs of a bad parent, I suppose, but useful in the case of slide-climbing.

“Feet sticky, too,” Baby Brother added as he lizard-walked effortlessly behind his brother.

From the hill leading up to the playground, a little blond girl ran towards us.

“I’m going to make some new friends,” she said to her mother.

Her mother lagged a few steps behind her, loaded with a backpack, another smaller blond child, water bottles and a pink scooter.

“Guys, get ready to say hi,” I prepared them.

They were about to make a new friend and I was going to make a new mom friend and we were all going to be the best of friends. We already had blond children, overpacking and the need to get them outside in common.

The girl went straight to the slide having observed the boys from a distance.

“You don’t climb up the slide,” the girl said.

“You go down it,” she explained.

Her mother caught up her with and said, “You aren’t their mommy, that is for her to tell them.”

As the window of friendship potential closed, she gave a meaningful look in my direction. Her dark sunglasses made it impossible to tell her intentions. However, the tight, lipless line that was her mouth filled in the gaps of my assumptions.

I laughed and said, “Boys, slide down. No more climbing.”

Of course, they listened.

They promptly climbed, lizard boy style, back up the slide and camped out at the top where they declared, “No mommies allowed,” and returned to catching flies and scaring off bossy girls and their mothers.

Two grey haired women sat across from each other. They arrived to the café just a minute earlier and were shown with their many bags and layers of clothing items to a quiet table in the corner with a vase of plastic flowers in the center.

“And now I hear you have worms. How delightful,” the first woman said to the second.

The waiter arrived with a notepad in hand. He pulled a pencil from behind his ear.

“Can I offer you a cup of tea or something to snack on?”

“The worms can wait,” the second woman replied and pulled out a pair of bright red reading glasses from one of her many pockets.

The waiter pretended not to hear their private conversation, while the women stared at their menus, intently studying the options.

“So many delicious things to try,” the woman mused over the list. “I do believe I’ll have a cup of stink bug tea,” the first woman said.

“I’m a simple woman with simple tastes, unlike some people.” She gestured with her eyes to the woman sitting across from her at the table.

“Just water and a piece of burned toast for me, unbuttered, please.”

“Ladies, I am sorry to disappoint you but those things are not on the menu. Maybe you would like a fresh cup of coffee and a croissant?”

They both looked up at the man and narrowed their eyes at him and his obvious lie.

“Actually, we might have what you are looking for,” the waiter said after a thoughtful pause.

The women looked over the table at each other with crooked half smiles.

“Hot water, two mugs,” the first woman called out after the waiter. “That’s all we want.”

She pulled out a small plastic container with holes poked in the top and said, “My treat.”

The container was filled with live stink bugs, crawling and clamoring over one another, equally as eager to leave and live as the woman was to make her special tea. 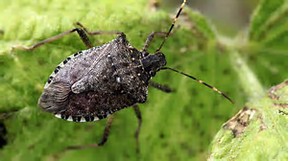 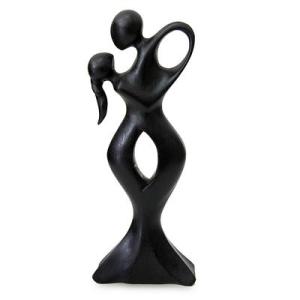 Have you heard of the idiom to sweep something under the rug?  It usually means to try to hide something embarrassing, like getting into a fender-bender while applying mascara or texting your boss a sexy message meant for your husband.  Things like that are meant to be glossed over and forgotten, banished into the distant past, and swept under the rug.

This weekend I learned the true meaning to the phrase as more than just figurative language.

We had a group of rowdy, rabble-rousing friends over for a few days.  After a night of debauchery, we returned to our small home to wind down when I felt the twinges of a headache/meltdown begin after watching the gang share a bag of Doritos.  Junk food alone does not usually cause this reaction, observing them use their pants and couch instead of napkins to clean their orange fingers does however immediately cause this reaction.

It was then that I excused myself to bed and allowed whatever mischief and bad behavior was left of the night to play out unhindered by the likes of yours truly.

And it did play out.

What I found the next morning was a pile of dirty white socks, Gatorade bottles, half eaten brownies, and two kittens concerned with the ever-changing environment and weekend tenants.  Naturally, the boys were still fast asleep.

Then, I discovered the white plaster chips and flakes on the floor from something that had shattered.  I first thought it was a hole in the wall and prepared for my head to explode.  Thankfully, my head stayed in place as there was not a hole in the wall and my temper subsided.  I looked up to the shelf and found only a ring of dust and bare place where something had once been standing.  As any good detective, I began an interrogation of the suspects who were busy snoring on the Dorrito dusted couches.  They waved me off as the guilty often do.

I started to gather evidence.  First, the white chips and flakes by the door, then an arm, and a head were located under the back of the couch.  While I was low to the ground, I noticed the lump under the rug.  I didn’t have to move the rug to know what it was; they had literally swept the broken statue of dancing lovers under the rug.

So I scooped it out from under the rug and held all of the pieces mournfully in my hands.  The boys tried to make it right later in the day by reassembling the piece into something that they considered modern art.  In retrospect, I should have put man-proofed our home before the gang arrived, removed all fragile knick-knacks and thingamajigs, and felt happy the figurine was the only causality of the weekend.  I’ll try to remember this peaceful gratitude as  I continue to find treasures lost in the couch and swept under the rug for the next few days.