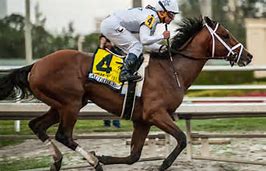 As the conversation lulled between the couple, Julie glanced up at the tv screen on the brightly painted wall and stared; instantly mesmerized by the images, she lost her train of thought.

“Sorry, what were you saying?” Julie asked, still staring over her companion’s head.

Ken twisted his neck to see what had caught his wife’s attention and understood the situation.  It was the Kentucky Derby and the ponies were set to run in less than an hour.

“I like the odds of that Amazon horse,” Julie leaned forward and whispered.

She didn’t have to worry about being overheard as two boys in the booth behind her started a screaming and kicking match that brought the manager to their table in an attempt to mediate while their parents sucked down cervezas, apparently blind and deaf to the behavior of their terrible children.

“Have you done any research on this?” Ken half-whispered back.

“No, but I have a good feeling about it. Plus, Amazon wins at everything and that’s all the research I need to know the winner.”

Ken nodded in a that-makes-sense kind of way and reached for another chip.

They were both gamblers, but in different ways.  Julie speculated and encouraged others to take risks, while Ken methodically researched and backed his bets with money.  To be fair, they also won in different ways, Julie briefly celebrated a win but mourned long and hard the foolish loss of even a dollar.  Whereas when Ken won, he rode a tidal wave of adrenaline for days and wrote off loss as a thing of the past from which to move on.

Julie asked, “Do you want to put some money on it?

Ken’s eyes lit up at the prospect. It was like offering a cat a piece of chicken and it was no surprise that he greedily grabbed at the opportunity.  His phone was in his hand and opened to a betting website in less than minute.

“Alexis.  It is definitely Alexis.”

Screwing up his forehead, Ken scrolled through the list of horses in a futile search of a name that was not to be found.

“…but there is an Audible!” he declared.

“That’s the one, bet everything on Audible.”

Everything? Ken thought to himself with a mixed sense of concern and excitement.  Who was this person sitting across the table from him?

They settled somewhere in the middle and ordered dinner.

After the couple finished a plate of tacos and fajitas, suffered through countless commercials about Kentucky whiskey and views of the crowd miserably slogging through the mud in boots and ridiculous hats, the ponies ran.

Audible didn’t win, but for once Julie didn’t care.  It was just money, after all, and seemed inconsequential in comparison with her other worries. The stakes were far higher in another bet; it was, in fact, the biggest gamble of her life and she didn’t have the energy to worry about the loss.

She had the future on her mind.