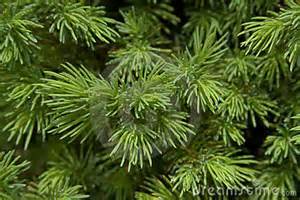 For the past few years, I have been part of a highly specialized Easter egg hiding task force. We are a lean crew of three, capable of covering a large area with limited time. It must be admitted that we each experience some degree of joy in possibly hiding the eggs too well. Watching the Littles waddle past a cleverly obscured egg is delight above delights on Easter Sunday and I’m not above admitting it.

I like to hide my share of the eggs with the use of camouflage, a white egg in the end of a drain pipe, a green egg in the grass, a dark purple egg on top of a car tire. It’s all too much fun when they throw their little hands up with a sigh of exasperation. The task force laughs in unison at this point in the hunt and the parents of the Littles start to get upset. We mollify the situation by yelling supportive statements like, “Keep at it,” and “Think like an egg” just so they know we are on the same team.

We don’t give in and help them find the eggs because we are helping in a much bigger way. By making them really search, we boost their endurance and work ethic. Their problem solving and creative thinking skills are tested. We like to think we are cultivating the egg hunters into better people.

This Easter, a key member of our trio took things to the next level. He set a Hunger Games type of challenge for only the bravest of the Littles to try. I didn’t realize the trap was set until I heard the oldest girl cry out in pain. She was on her hands and knees in her Easter dress, slowly making her way under an old pine tree with low branches. I could see her goal, three neon eggs, holding treasures of unimaginable deliciousness.

Each egg rested in its own nest of dried pine needles and was protected by low growing branches. The girl crawled as far as she could go until the branches stopped her.

The taskforce members whispered behind me, “She needs to make a tool.”

This quickly brought to mind a tv special on PBS about chimps using sticks to fish out ants from an anthill for dinner, another good use of a tool.

It didn’t take long before the girl took off her sunglasses and used them as an extension of her arm to catch an egg and roll it towards her. Success! She had it in her hand and dropped it into the bucket that she dragged with her under the tree.
She crawled out from under the tree, backwards over the dried pine needles. The rest of the small-person-gang ran carrying their quickly filling buckets, shrieking like wild animals just released from captivity. They pounced on eggs and each other while the oldest plotted out her approach on the remaining two eggs.

Shuffling around the tree, she moved in for another attempt. She cried out as she crawled over the dry, dead pine needles and reached forward through the sharp, living green needles.

The task force yelled out, “Work through the pain!” excited by her determination and tenacity.

The girl stretched as far as her arm would go and then with her glasses like before – she was learning. Suddenly, she had the two eggs and was standing victorious beside the trees, upright like a human again.

She sat down on the porch steps without looking for anymore eggs which was good as they were mostly found by her siblings.

When they all sat down and started opening the eggs, the oldest girl popped one of the three open to find a piece of chocolate, the next one revealed a quarter, and the last one caused a horrific murder-movie type of scream.

She screamed in the agony of injustice and deflated expectations, “It’s empty!”

The taskforce giggled with delight, “Another life lesson well taught. Two out of three ain’t bad.”